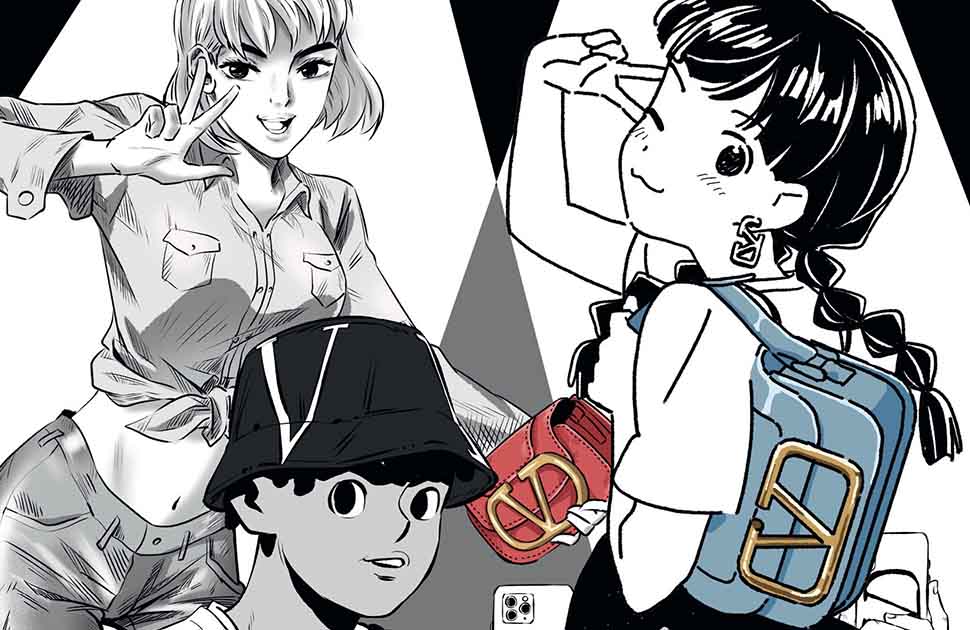 Starting from a story written by Italian journalist Jacopo Bedussi, three young creators have then interpreted the script through their own aesthetic.

The first chapter was created by the Japanese artist Mebachi, who lives in Tokyo and stretches with her works from editorials to musical graphics, with a special attention to anime and videogames.

3D artist Felicity Bang created the second chapter. Chinese, she lives between Paris and Shanghai, where she works on virtual illustrations for the Bang Bang Motion studio. She is a representative of the new wave of creatives that are defining the aesthetic of the Chinese Generation Z, in an imaginary that spread from retro-future, post internet and e-girls and e-boys.

Korean and Seoul based animation graduate Kim Jung-Youn, conceived the third chapter. Through his imaginary, which derives from the renowned Slam Dunk anime of the ‘90’s embedded in the sport’s world, he narrates through a vintage touch, stories of the young, to the new generation.

The strength of this new project resides in the juxtaposition and in the dialogue between three new generations of creatives, which have age as a common denominator, but express themselves in completely different universes, defined by the diverse and specific codes of the young subcultures found in their three countries of origin.