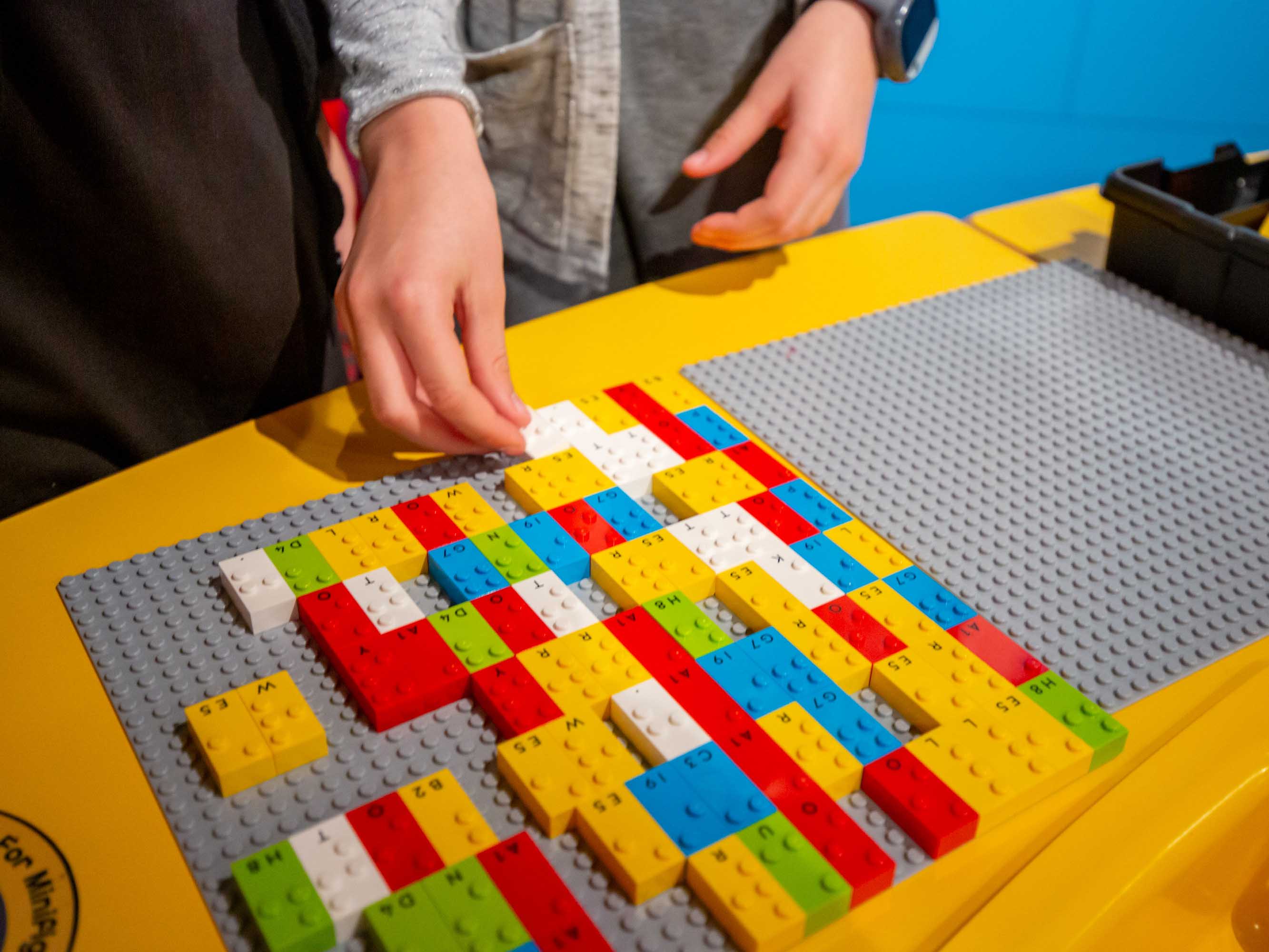 Vision Australia joined forces with LEGOLAND® Discovery Centre today to introduce kids who are blind or have low vision to LEGO® Braille Bricks for the very first time.

As the LEGO Foundation’s official partner for the distribution of LEGO Braille Bricks in Australia, Vision Australia welcomed 20 families to LEGOLAND Discovery Centre in Melbourne for a special event to discover the new range of LEGO bricks, which have been designed to expose children to braille from a young age.

Each LEGO Braille brick has raised bumps that have been modified to correspond to a letter or character of the braille alphabet. Each brick also has a printed letter or character to allow children who are blind or have low vision to learn and play alongside sighted classmates, family members and educators.

“We were thrilled to be able to introduce LEGO Braille Bricks to so many of clients here at LEGOLAND Discovery Centre today. Braille is vital in supporting children who are blind or have low vision to develop literacy skills, and LEGO Braille Bricks are a great way to expose children to braille at an early age,” said Ron Hooton, CEO of Vision Australia.

“We are proud to host Vision Australia today to support the Australian launch of LEGO Braille Bricks. One of the foundations of LEGO is helping kids learn through play so it’s amazing to see how this project is helping children who are blind or have low vision learn braille in a playful and engaging way,” said Kieran Jiwa, Master Model Builder at LEGOLAND Discovery Centre.

Located at Chadstone Shopping Centre, LEGOLAND Discovery Centre is an indoor LEGO playground that features MINILAND Melbourne, two rides, multiple build and play zones, soft play zones, a 4D cinema, and a LEGO retail store. The attraction is designed specifically for families with children aged 3-10. Adults must be accompanied by a child (except when visiting the retail store or attending Adult Night events). The attraction is open from Thursday – Monday during school term and seven days a week during the school holidays. All guests must pre-book their tickets online at https://www.legolanddiscoverycentre.com/melbourne/