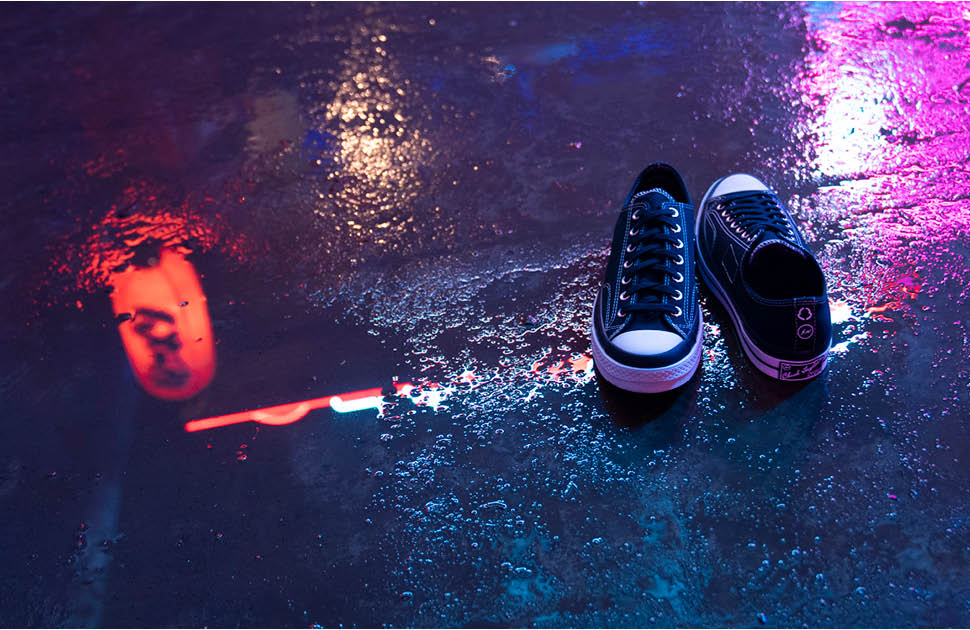 Introduced as part of the Moncler Genius 2020 project, the Chuck 70 crafted by Hiroshi Fujiwara marks the first footwear collaboration between 7 Moncler Fragment and Converse.

Known as one of the founding fathers of Tokyo’s Harajuku scene, Fujiwara holds influence over contemporary design and streetwear culture like few others.

Tapping the Chuck 70 silhouette, a modern ode to the Chuck Taylor All Star crafted with premium materials and nuanced detailing, Fujiwara delivers his notable artistry to the canvas with minimalist, refined touches for an observant eye.

With the desire to collaborate and celebrate the heritage and craftmanship inherent to the three brands, the two-tone black and white color-blocked executions continue Fujiwara’s legacy and allow contrast stitching to animate the silhouette. Adorning its heel, both Moncler and Fragment’s unmistakable insignias finalize the design.

The Chuck 70 has permeated all aspects of culture from the court to the streets, and its inclusion in the collection offers an example of continuous cultural progression synonymous with Moncler Genius.

The 7 MONCLER FRAGMENT + CONVERSE CHUCK 70 will be available from September 3rd at Converse.com
#MONCLERGENIUS
#MONCLERFRAGMENT
#CONVERSE